Eight Lies of My Mother

Eight Lies of My Mother

The story began when I was a child; I was a son of a poor family. We did not even have enough food. When ever meal times came, mother would often give me her portion of rice. While she was removing her rice into my bowl, she would say “Eat this rice, son. I’m not hungry.”     That was Mother’s First Lie.

When I was growing up, my persevering mother gave her spare time to go fishing in a river near our house, she hoped that from the fish she caught, she could give me a little bit of nutritious food for my growth. After fishing, she would cook some fresh fish soup, which raised my appetite. While I was eating the soup, mother would sit beside me and eat the rest of the fish, which was still on the bone of the fish I had eaten. My heart was touched when I saw that. I then used my fork and gave the other fish to her. But she immediately refused and said “Eat this fish, son. I don’t really like fish.”     That was Mother’s Second Lie.

Then, when I was in Junior High School…… to fund my studies, mother went to an economic enterprise to bring some used-match boxes that would need to be stuck together. It gave her some money to cover our needs. As the winter came, I woke up from my sleep and looked at my mother who was still awake, supported by a little candlelight and with perseverance she would continue the work of sticking some used-match boxes. I said, “Mother, go to sleep, it’s late, tomorrow morning you still have to go to work. Mother smiled and said “Go to sleep, dear. I’m not tired.”    That was Mother’s Third Lie.

The final term arrived….. ..Mother asked for leave from work in order to accompany me. While the sun was starting to shine strongly, my persevering mother waited for me under the heat for several hours. As the bell rang, which indicated that the final exam had finished, mother immediately welcomed me and poured me a cup of tea that she had brought in a flask. Seeing my mother covered with perspiration, I at once gave her my cup and asked her to drink too. Mother said “Drink, son. I’m not thirsty!”  That was Mother’s Fourth Lie.

After the death of my father due to illness, my poor mother had to play her role as a single parent. She had to fund our needs alone. Our family’s life was more complicated. No days without suffering. Our family’s condition was getting worse, a kind uncle who lived near our house assisted now and then. Our neighbors often advised my mother to marry again. But mother was stubborn and didn’t take their advice; she said “I don’t need love.” That was Mother’s Fifth Lie.

After I had finished my studies and got a job, it was the time for my old mother to retire. But she didn’t want to; she would go to the market place every morning, just to sell some vegetables to fulfill her needs. I, who worked in another city, often sent her some money to help her, in fulfilling her needs, but she would not accept the money. At times, she even sent the money back to me. She said “I have enough money.”   That was Mother’s Sixth Lie.

After graduating with a Bachelor’s Degree, I then continued to do a Master’s Degree. It was funded by a company through a scholarship program. I finally worked in the company. With a good salary, I intended to bring my mother to enjoy her life in Gulf. But my lovely mother didn’t want to bother her son. She said to me, “I’m not use to.”  That was Mother’s Seventh Lie.

In her old age, mother got stomach cancer and had to be hospitalized. I, who lived miles away, across the ocean, went home to visit my dearest mother. She lay in weakness on her bed after having an operation. Mother, who looked so old, was staring at me in deep thought. She tried to spread her smile on her face…but it was a noticeable effort. It was clear that the disease had weakened mother’s body. She looked so frail and weak. I stared at my mother with tears flowing. My heart was hurt,… so hurt, seeing my mother in that condition. But mother with the little strength she had, said “Don’t cry, my dear. I’m not in pain.”   That was Mother’s Eighth and Last Lie.

After saying her eighth lie, my Dearest mother closed her eyes forever .      – Unknown

This story was NOT written by me, just copied, because I think this lady represents thousands of Mothers and Fathers across this world.

We must do our part to help them. JKM, Jim Kilgore Ministries is beginning a feeding ministry in Pakistan as I share this story with you. While JKM fed many people last Saturday, my heart was broken because we did not have enough money to feed those that came to hear the Preaching of the Gospel. I desire to start some in the Philippines and in India at the present time.

We will do this in association with evangelizing, Church-Planting and helping to sustain life as Jesus Christ DID while on earth. Can you and I do any less? If you wish to help feed, please visit our website at: http://www.JimKilgoreMinistries.com and click on the Contribution’s page.

I Have A Problem! What Are My Options? 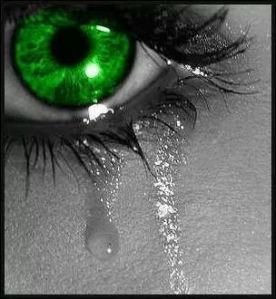 I Have A Problem!   What Are My Options?

I know that right now many of You are hurting!  This week I have counseled many people who had such deep pain in their hearts that it led some even to the point of despair.  I love my friends and have provided Biblical counseling as I sought to provide Biblical hope for each one.

When people are hurting, they often feel as there is no hope or way out of their problem.  First, I love options!   Options removes so much stress from life.   My dear friends,  you must know that God always provides you with options!

There are two great forces at work in your life today.  One force is attempting to pull everything apart through a myriad of problems, while the other is seeking to put your life back together again.   Satan tries to Destroy while Jesus Christ is the Restorer.

The story is told of a New York hotel maid that had walked into a room one day, expecting to clean it for the next Guest.  Then she discovered that the previous Guests was lying on the floor dead.  He had committed suicide.    Now this is very important to me as just last week I counseled two people, that were definitely suicidal.

The maid found “the note.”  “I leave to society a bad example.   I leave to my friends the memory of a misspent life.  I leave to my Father and Mother all the sorrow they can possibly bear in their old age.   I leave to my Wife a broken heart and to my Children the name of a drunkard and a suicide.

Here was a man whose life had fallen apart.  He thought he had no hope.   It is a shame that apparently no one explained to him how Jesus Christ can put lives back together again! This past week God allowed me to counsel a man from North America that was suicidal, and later in the week counsel a lady that was definitely suicidal that lives in Asia.   By the grace of God, and use of the Word of God,  I was able to provide Biblical hope to each and they, thank God did not follow through with their suicidal threats.

In our World, it appears as though EVERYTHING is Falling Apart.

Just from this week’s news.

If you will read the Book of Ruth you will see that she was living in a World very similar to our World.   Uncertainty,  discouragement; despair, people hurting and living in fear.  Yet as you read through the book you will see how God brought the people through the crisis they were facing.  This book of Ruth teaches us “How we can Cope when our lives are falling apart.”  It literally teaches us how we can put the pieces of our lives back together again.

I have decided to teach from the Book of Ruth on my Website Blog and on my Weekly Newsletter that we call:  ‘VALUES’   It will teach us HOW we can go from Devastation to Delight;  From Sorrow to Satisfaction, by using the same principles God used in the life of Ruth.

Do You need encouragement during this particular time?  Please feel free to send me a private message telling me your story and I will pray with you and provide any FREE coaching that I can on Skype to assist you.

Error: Twitter did not respond. Please wait a few minutes and refresh this page.