Jesus Praying for His Persecutors

Forgiveness, Gospel, Hope for our World, How to go to Heaven, Jesus Christ, Sayings of Jesus on the Cross March 15, 2015 Leave a comment 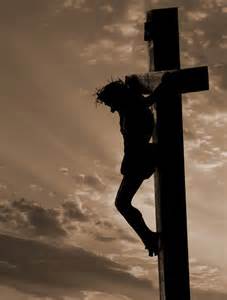 The Last Words of our Saviour:  Jesus Praying for His Persecutors

As we approach Calvary, or Golgotha’s Hill, and as we stand gazing at this hill which was in the shape of a skull, we will immediately see three crosses outlining the sky. As we walk nearer, we learn of who is hanging on those crosses and the reasons why.

Two thieves occupy the first and third crosses. On the middle cross we see the greatest person that would eve live, for here we are viewing the Son of God, Jesus Christ. Jesus had been born in a stable, just 33 years before this horrific event. He had been raised in Nazareth. He had lived a PERFECT and completely SINLESS life. Yet here we see the innocent dying in the place of the guilty. Here we witness Perfection dying in the place of Imperfection.

The crowd had already clamored for His crucifixion. Now, at this point in history, the hatred for Jesus Christ had risen to its hellish heights. Jesus has already been condemned, even by one government official that had said, “I find no fault in this just man.” The cry, “Crucify Him, Crucify Him” has already been echoed throughout the great gathering of people. The long agonizing march to Calvary has ended. People watched and listened as the nails had been driven into the hands and feet of Jesus Christ. The cross has long since been lifted heavenward. Those that remained at the foot of the cross were watching with the sinful smirks upon their faces as they were well-pleased that Jesus was dying such an excruciating and painful death.

What did Jesus pray, “Father, forgive them?” Who else but God’s Son could had prayed a prayer such as that and under those circumstances? His public life began with prayer and now He closes His public ministry in prayer.

As Jesus is ending His earthly life, he could no longer use His hands to serve the sick, for they are now nailed to a wooden cross. No longer would His feet be able to run errands of mercy and compassion, for they as well have been nailed to the cross. No longer could Jesus teach His disciples, for they have ALL abandoned Him. What then could Jesus do in Hid final hour? He could pray. In fact, the first, fourth and seventh words were all prayers. In the beginning, in the middle, and at the end of His suffering did Jesus pray.

When did Jesus Pray?

The Bible says, “THEN Jesus prayed.” Then, when wicked man was at his worst; THEN, when Satan was laughing in his wicked glee; THEN, when the demons of hell were rejoicing and mocking at what APPEARED to be a triumph for evil! THEN, when the physical pain was at its worst, then Jesus prayed for his enemies.

In this prayer we see Jesus practicing that which He had previously taught from Matthew 5:44, We are …”to PRAY for them which despitefully use you.” We see here man’s greatest need—the need for the forgiveness of his sins. This is why Jesus prayed this prayer for His tormentors. This is why Jesus said, “Father, forgive them for they know not what they do.”
In this prayer, Jesus was asking His Father to withhold Divine punishment until these people could understand the real spiritual significance of what he was doing. Father, they are ignorant now, but they will soon learn of the Gospel as it will be preached. Then they will have the opportunity to repent and receive me as their Saviour. Give them one more chance Father.

Yes, this prayer was answered and many gathered here would be saved as Peter preached to this same basic gathering in Acts chapter two. Three thousand were saved after Peter’s sermon. Can you not imagine the people passing by Peter saying these words?

I spat upon Jesus, but now I understand and repent of my sins. Another rushes up and says, I was the one that drove the nails through His hands. I just asked Jesus for forgiveness. Another sheepishly edges closes to peter and asks, “Can I be forgiven? I drove the crown of thorns deep into the scalp of Jesus. Peter would simply say, Repent and believe and you will be saved! Another runs up to Pewter asking with tears streaming down his face, “Can I receive forgiveness? It was I that slapped His face and pummeled His face until you could not even recognize that His was the face of a man.

Read my words carefully, they did not understand what the true impact of that day was. But you and I do! We know what Jesus did on that crosses and by placing your faith in Jesus Christ, and Jesus alone, you will be forgiven of all!

If you would like to know 100% sure that you have the Complete forgiveness of God, please take a minute to respond and I will show you more from God’s Word how you CAN KNOW this great truth.